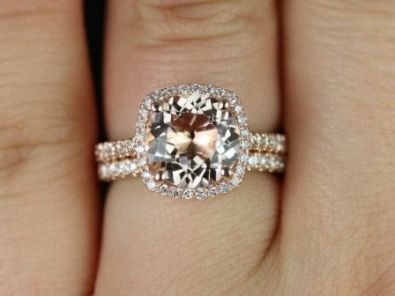 When I was younger I always told myself I wanted to be married young. That meant being engaged by 21 and having a huge wedding the next year. That way my husband and I could enjoy being a married couple without having to worry about having kids a year into the marriage. I had my pintrest wedding board all planned out, from my dress to the types of flowers my flower girls would throw in front of me. My cousin and his high school sweetheart did that and I envied their happiness and the way they looked at each other. They were just young and in love and knew they wanted to be together forever and ever. I’d say “okay 5 more years and I’ll be married and get to travel the world with my husband without a problem in the world. Then I’ll have a boy and a girl by 24 or 25 .”

In high school I (thought) I had met the boy I would one day marry. We were very happy and I adored his family and they adored me. I felt like I was already apart of the clan every holiday and family gathering. We use to talk about getting married and moving across the country and traveling to these different places we couldn’t pronounce. I thought that this was what marriage was about. Traveling the world, trying new things, and just being stupid in Love. I was 18  and finally legal to change my last name. We’d been together for 3 years and we didn’t plan on ending things anytime soon. So why didn’t I have my princess cut diamond ring yet?

It wasn’t until he moved that I realized he was not the one I wanted to spend my life with. I was 18 and thought my plan would come crashing down, like everything does at that age when something doesn’t go right. I was legal in the US to be married and I only had 3 years left before I planned to be MRS Taylor.

When he moved alway to college we didn’t get to see each other everyday. He was busy with class and fraternity things and I was making a new daily routine without him. Things changed a lot once we didn’t see each other as much. He grew one way and I grew the other. We weren’t in high school anymore and we didn’t agree on the same things. We didn’t trust each other to go places and when we did see each other we barley had anything in common and we didn’t seem to like or laugh at the same things we once thought were so hilarious. I no longer cared for hunting and fishing everyday or listening to him talk about school and he didn’t care for my new friends or the new hobbies I had taken up. And to be honest I didn’t really care for his. We started getting annoyed with everything the other would say.

“YOU TURNED MY RADIO DOWN!!” “WHO CARES!” is how conversations usually ended up. Stupid and unnecessary. We tried to make things work a couple times but we both agreed that we’d grown apart. I didn’t want to deal with his crap anymore and he sure didn’t want to deal with mine. But we’d been together for 3 years and I think it was a comfort for us if we just stayed together. Comfortable and toxic is how I can explain our relationship. We eventually broke up after years of being off again and on again. He stayed at school and met a good girl who I know and they seem very happy. I’m glad he finally found someone he enjoys being around and who enjoys being around him.

I grew up a tremendous amount while he was gone to school. After being in college for 3 years I’ve figured out what I like in a man and what I don’t like. I realized that I don’t want kids when I’m 25 because I don’t think I’ll be ready in 4 years for them. I figured out that eating alone isn’t weird and walking to class alone isn’t scary. I became very independent after our break up and even moved out of my parents house. I lived alone for a while and when the time was right I met a great man who I enjoy being with. We understand each other and get along. We pick at each other and goof around like little kids. We bicker like every couple and we even get annoyed with each other from time to time. We met sophomore year of college and since then have grown up together instead of apart. We still go out with our friends but we realized how important school and our future careers are now. We now think about longterm goals instead of the short term ones. Together we support and encourage the other, we listen and respond when we like or don’t something, and we love each other with a full heart.

Now being 21 I know I’m not ready to be married nor have children. I don’t know how much more growing up I’ll need before I’m ready until it has already happened. Yes I am in love. And I think all the time, will I spend the rest of my life with this guy? Not that I’m thinking “who else is out there” because I don’t look at life as “the grass is probably maybe greener on the other side,” when I have no idea. I think of life as taking it one day at a time. Will he still be around in 7 years when I am ready? Will he be ready then? Would he be a great dad and take our future daughter to the daddy daughter date dances? Could I trust him not to cheat when his profession is mostly women? Will he love me when I get wrinkles everywhere and can’t remember his name or mine? Will he stay when times are hard and money runs low or when I want to chase a crazy dream i’ve always had? These are the things I think about now at the peak of my 20’s. I don’t think about a wedding or how I need to be married in the next 5 years, If I even get married at all. I have no idea what God has planned for me. I’d rather be surprised with an exciting life planned by my Lord than to be disappointed when my 10 year plan doesn’t work out.  Growing up takes time and I’m in no hurry to rush through it.

(The new man in my life

We’ve been together since June 2014

*Disclaimer: This article is in no way hateful towards my ex. He was a great guy but we just grew apart after high school. I still love his family and I am in no way throwing anything negative towards them. They are wonderful people.

*Another Disclaimer: If you are 21 or younger and are married or engaged then congratulations. I’m excited for you and your new life partner. People mature faster than others and are ready to be married now. I’m in no way saying that it is wrong to be married young, because it’s not. I have family and friends that have done it. I was raised to follow my heart and I am terrified of marriage at this point in my life because I am still very immature about things and need to still grow up a lot. I wish nothing but love and happiness to all my friends and followers who have been married young or are engaged now. Again Congratulations and Good luck!!

For updates on products and new releases